Eduardo da Silva was on course to have a good Premier League career before he suffered a serious leg injury following the tackle from defender Martin Taylor during the league game between hosts Birmingham City and Arsenal in February 2009. Eduardo da Silva broke his leg during the game which ended in a 2-2 draw with the home team ending the game with ten men after the aforementioned Taylor was given his marching orders as a result of his challenge on the striker. 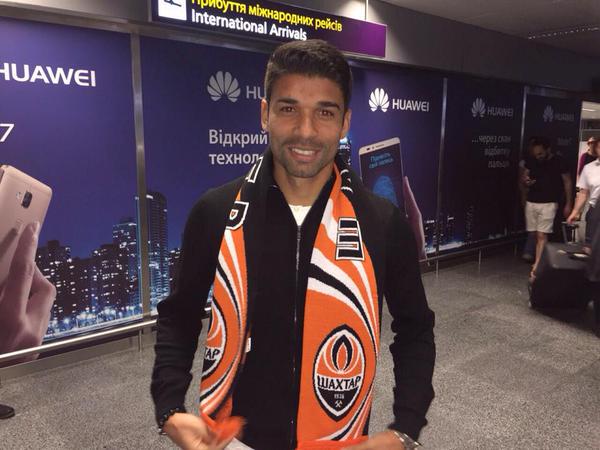 Brazilian-born Croatian striker Eduardo was not the same when he returned from the injury around a year later. He left Arsenal to sign for Shakthar Donetsk in the Ukrainian league. The Gunners received an undisclosed fee believed to be around £6m for the player.

Eduardo da Silva made his Shakthar Donetsk debut during the 5-0 drubbing of PFC Sevastopol. He was responsible for the second goal of the game played on August 7, 2010 despite playing just the first half. Eduardo was handed the chance to return to Arsenal almost immediately when Shakthar Donetsk were drawn in the same Champions League group as the Gunners. The striker didn’t want to be in the same group with Arsenal before the draw tool place but as fate would have it, he didn’t get his wish. Arsenal and Shakthar Donetsk were both drawn in Group H. In the first of the two games, Eduardo da Silva came on as a substitute with his side trailing 3-0 and he would go on to score a consolation goal for his team in a 5-1 win for the Gunners during the Champions League clash played at the Emirates Stadium on October 19, 2010. The Arsenal fans gave him a standing ovation when he came on as a substitute and also chanted his name. In the second game between the two teams, Eduardo scored the winning goal in a 2-1 win and refused to celebrate as a mark of respect for Arsenal.