Passion is an admirable trait but passion without common sense is as repulsive, in an 0pposite manner. Your boss and well-wishers will always be proud of you for being aman of dignity but never stupidity. 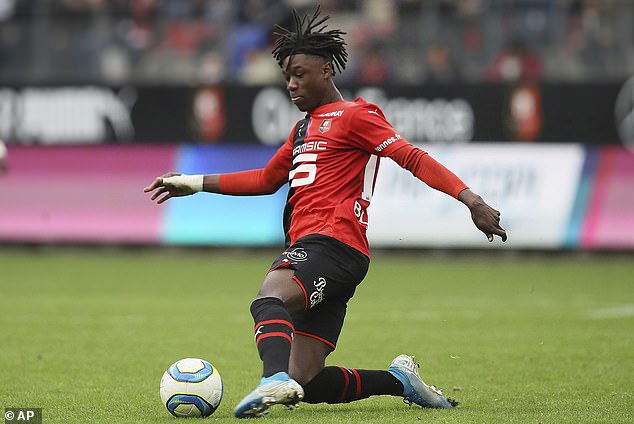 On Thursday, two Rennes players, Eduardo Camavinga and Edouard Mendy jeopardized their club’s chances of advancing to the next round of the UEFA Champions League when they picked up a red card, each on route to their team’s 1-0 defeeat to CFR Cluj.

Marching orders are good and all especially given the situation. Luiz Suarez’s red card, on route to his team’s advancement into the semifinals of the FIFA World Cup, have most Uruguayan fans praising him till this day. The point of a red is that the player in question has no choice than to do what he did, stop the opposition from advancing. The last man standing choice.


Same cannot be said of goalkeeper Mendy. The Senegal international picked up the nights first matching order within 5 minutes of play. He will surely be regretting his poor handling which led to a terrible challenge on Cluj’s Traore.

What makes the matter worse is that this was supposed to be Mendy’s opportunity to convince his coach about his ability to get the job done. Alas he blew it and ensured that despite this being his third appearance in the Europa League, it might be his last for the season.

No coach fantasizes about handing their destiny to a player who does not even seem stable enough in handling his own.

Cluj scored 4 minutes after Rennes went one man down and it is hard to not see the correlation of the earlier sending off.

Eduardo Camavinga didn’t forget to make it worse for Rennes either. He collected his marching orders in the 64th minute, ensuring Cluj went back home with all three points.