Legia Warsaw agreed a deal to bring former Gunners forward Eduardo da Silva to the Polish league on a one-year deal, following a short spell with AtleticoParanaense in Brazil. 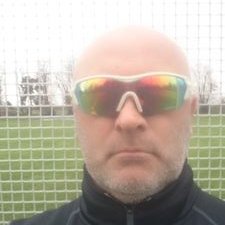 The Polish giants announced the signing on their website after Eduardo passed his medical and signed all his paper work. He immediately joined up with his new club for their winter team camp in Florida in January.

Speaking to Legia club website, the former Arsenal forward said, “I know that only the victories count here. I played in great teams and I know what pressure I will face. I hope that my experience will help the team to win trophies”.


The 34 year old remains a popular figure among Arsenal fans owing to his successful three years at the club between 2007 and 2010. The Brazilian helped the club in their title mount in the 2007/2008 season which was his first season in England.

Unfortunately for him, just when he was beginning to set the Premier League alight, Birmingham City’s Martin Taylor broke his leg and the forward’s career in North London took a massive hit. Eduardo never managed to get back to playing at the level he was at before that incident.

Struggling to make his mark at Arsenal, he forced a move to Shakhtar Donetsk to try to rediscover his form, which he did successfully. The centre-forward even scored some goals against Arsenal in the Champions League, which he refused to celebrate. The fans at the Emirates stadium loved him so much that they celebrated the goal for him.

Hopefully, he will end his Legia career on a high note, with a decent record of goals and assists.

Eduardo Alves da Silva, nicknamed Dudu by some close friends, is a Brazilian-born Croatian who plies his trade for Legia Warsaw in the Polish First Division.